Pyramid of Success and Personality 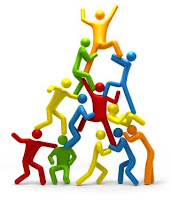 June 4th, 2010 marked the passing of basketball coaching legend John Wooden. As many people are aware, Wooden was known as the “Wizard of Westwood” for his unmatched success as coach of the UCLA men’s basketball team, leading them to a record 88 consecutive victories and 10 national championships among other accomplishments. What is less widely publicized is the strategy that Wooden designed and deployed in order to recruit, assess, select, develop, and mentor his players into successful individuals on and off the court. This aspect of the coach’s legend interestingly establishes him as not only an innovator in the sport of basketball, but also a pioneer in the realm of talent management.

Like the successful talent managers of today’s organizations, Wooden realized that neither choosing players for his team nor growing their skills could be accomplished simply based on his own intuition and instinct. Wooden, unwittingly taking a move from the yet to be written I/O psychologist playbook, created a measurement model for identifying high potential players that exhibited the competencies required to succeed in his program. In 1948 (16 years before winning his first national title), he created what came to be known as the “Pyramid of Success.” Those of us in human capital selection and leadership development circles will quickly recognize this pyramid includes very similar content as to what we commonly see today in organizational competency models. Wooden’s pyramid included 15 primary competencies (i.e., the building blocks) and 10 secondary competencies (i.e., the mortar).

One revelation upon examining this pyramid is the clear presence of personality as the foundational component of the model. Wooden envisioned the theoretical pyramid to be like that of an actual pyramid where the foundation must first be established and is paramount to the fidelity and stability of the entire structure. In this case, the first two levels serving as the foundation consisted of the following building blocks: Industriousness, Friendship, Loyalty, Cooperation, Enthusiasm, Self-Control, Alertness, Initiative, and Intentness. These 9 competencies can be easily mapped to the 7 scales of the Hogan Personality Inventory (HPI).
Industriousness and Loyalty (e.g., hard work, careful planning, and maintaining commitments) link clearly to what we refer to in Hogan language as Prudence. Friendship, Cooperation, and Enthusiasm are included in the pyramid to embody mutual respect, collaborative social interactions, and demonstrating energy and joy when working with others. These same behaviors can be found in the Interpersonal Sensitivity and Sociability Hogan personality scales. What we at Hogan define as Ambition is represented in Wooden’s concepts of Initiative and Intentness that are characterized as making independent decisions, not fearing failure, and persisting for goal achievement. Those familiar with the HPI would likely look at the pyramid and recognize Wooden’s definition of Self-Control as representing the Adjustment scale. In the Self-Control building block, the coach discusses concepts such as mastery of emotions and avoiding peaks and valleys in one’s temperament. Finally, the Hogan scales of Inquisitive and Learning Approach are akin to what UCLA basketball alumni would remember of Coach Wooden’s Alertness concept for staying open-minded and being eager to learn and improve.
Of course, it doesn’t hurt to have talent such as the likes of Lew Alcindor (later known as Kareem Abdul-Jabbar) and Bill Walton on your team if you want to reach the pinnacle of success in your particular field. However, whether it’s on the basketball court or in the boardroom, countless examples exist where the team with the greatest raw talent doesn’t win. The prediction of success begins with the establishment of an appropriate measurement model of critical competencies followed by the systematic assessment of those competencies to select and develop talent. Time and time again, whether it is Wooden’s methodology or the desired competencies of today’s leading companies, personality continues to serve as the cornerstone to support practitioners in unlocking their own pyramids of success.