Three weeks ago we revealed the eight most common personality types found via the Hogan suite of assessments. We have already taken an in-depth look at Rebels and Marketers. This week, we continue our dive into these personality types by closely examining the personality profile of Proletarians.

END_OF_DOCUMENT_TOKEN_TO_BE_REPLACED Marketers make up approximately 18% of the working population. Their Hogan profile is highlighted by high scores on Recognition, Power, Commerce, Aesthetics, and Science on the MVPI; high scores on Ambition, Interpersonal Sensitivity, Inquisitive, and Learning Approach, with only moderate Prudence on the HPI; and high scores on the so-called moving against cluster of the HDS; Bold, Mischievous, Colorful, and Imaginative. See Figure 1 below for the full profile.

END_OF_DOCUMENT_TOKEN_TO_BE_REPLACED Last week we revealed the eight most common personality types found in the Hogan suite of assessments. Starting this week, and in the following weeks, we will take a deeper look at these eight profiles. This week we take a deep look at the personality profile of Rebels.

Rebels makeup approximately 8% of the working population. Their Hogan profile is highlighted by high scores on Recognition, Power, Hedonism, and Commerce on the MVPI; low scores on Adjustment, Interpersonal Sensitivity, and Prudence as well as high scores on Sociability and Inquisitive on the HPI; and high scores on most of the HDS scales except for Diligent and Dutiful, with especially high scores on Excitable and Skeptical. See Figure 1 below for the full profile.

END_OF_DOCUMENT_TOKEN_TO_BE_REPLACED *This is a guest post authored by Lynne Cruickshank, senior consultant at Peter Berry Consultancy (PBC).  A clear link has been established between how leadership drives engagement, which in turn drives performance. However, one of the challenges that leaders face is how to engage a multi-generational workforce that consists of people who differ in their perceptions and approach to work. Through developing an understanding of the unique motivators, drivers, and values of their workforce, leaders can identify the kind of approaches and work environments that are most likely to engage and motivate their employees from all generations. So, what motivates different generations? Research conducted by PBC revealed that people from younger generations in the Australian workforce (i.e. Generation Y [born 1978-1992] and Generation Z [born 1993-present]) tend to have distinctly different values and motivators compared to those from older generations (i.e. Generation X [born 1965-1977] and Baby Boomers [born 1946-1964]). END_OF_DOCUMENT_TOKEN_TO_BE_REPLACED When discussing personality, it’s common to hear people refer to themselves or others as “Type A” or “Type B.” Or, for those who have taken the Myers-Briggs Type Indicator, acronyms like ISTJ or ENTP or INFP are so commonplace they frequently show up in online dating profiles.

At Hogan, we’ve historically steered away from labeling people as a certain “personality type” based on their assessment results. The primary reason for this is that personality trait scores lie on a continuum and dividing people into convenient buckets sacrifices precision. Further, even two people with highly similar personality profiles can be dramatically different from each other if they only differ on a single scale.

END_OF_DOCUMENT_TOKEN_TO_BE_REPLACED *This is a guest post authored by Adrian Chew, principal consultant at Peter Berry Consultancy (PBC).  Globalization and the expansion of organizations across international borders have created opportunities and challenges for current and future leaders. As a consultant, psychologist, and coach, I am excited to see more organizations around the world investing in psychometric and multirater feedback data for leadership development. Having reputational data available can be tremendously helpful to leaders for understanding and narrowing down key areas to focus on for development. Many multirater assessments allow leaders to compare themselves to other leaders around the world using global benchmark scores (for example, the Hogan 360°, powered by PBC, does this). Having the ability to use benchmarks to understand how leaders differentiate themselves is great, considering how globally connected we are. But given how diverse we are from country to country and culture to culture, are we missing any critical nuances that need to be considered when supporting our leaders and managers in their development? END_OF_DOCUMENT_TOKEN_TO_BE_REPLACED 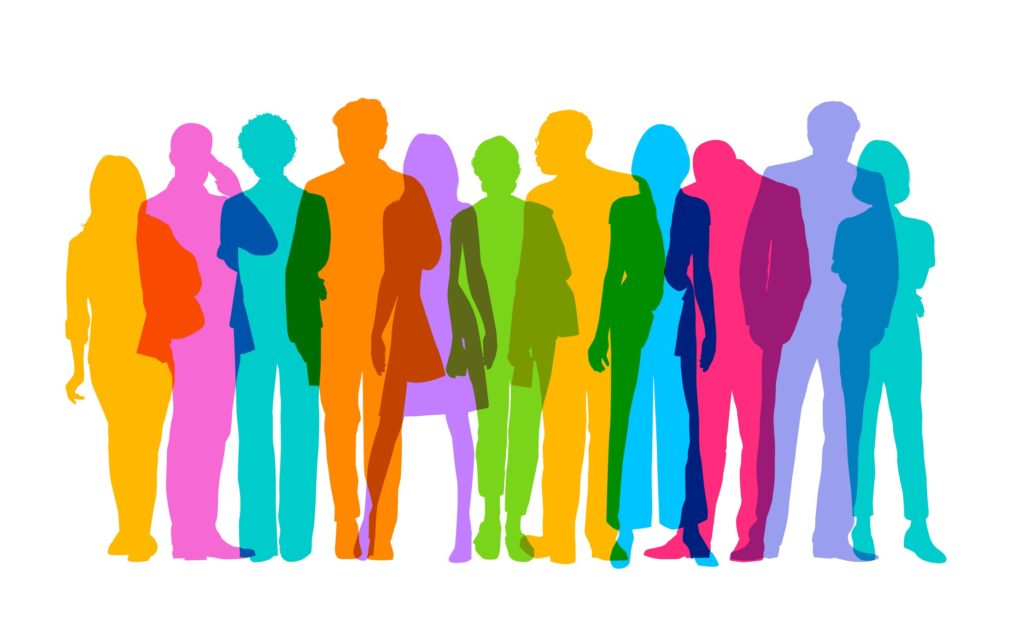 Gaining the best and most suitable employees for your company is the key to success. Nowadays, companies are trying to hire the best of the best and are putting a lot of effort into new and exciting forms of recruiting. While a strong recruiting strategy provides only one major advantage for most companies, it is substantial for other companies.

Hiring the wrong employee for a job can inevitably lead to underperformance, which can cost millions and expose other employees to increased risk. Every year, companies within the EU lose billions of euros from accidents, injuries at work and other damages. In 2017, European companies lost more than € 476 billion, which was a staggering 3.3% of the European Union’s GDP.

It goes without saying that industries with higher levels of physical labor, such as construction, oil and gas, are at greatest risk from accidents at work and injuries. Companies working in security-conscious industries need to take additional measures to ensure that they hire the right people and create a safe environment for their employees.

END_OF_DOCUMENT_TOKEN_TO_BE_REPLACED

Do us a favor. Go to Google and search for the term “mental toughness.” Then click on “news” to see the latest news on mental toughness. We can almost guarantee that you will find an article published within the past three days. Doing this exercise on August 6, 2019 yielded the results on the right.

The point is, people – particularly sports coaches and athletes – talk about mental toughness as a key ingredient for success virtually all the time. Clearly, the concept of mental toughness is of wide interest and importance. But what is mental toughness exactly and how is it related to personality? A few years ago, we set out to investigate this question. Last week, our findings were published in the journal Personality and Individual Differences. In this post, we summarize the key results.

END_OF_DOCUMENT_TOKEN_TO_BE_REPLACED *This post was authored by Ryne Sherman and Brandon Ferrell.

A recently published study suggests that some of the most common personality assessments (i.e., one’s based on the Big 5) don’t work in other countries. The study was published in a prestigious journal (Science Advances, impact factor > 12), and it has already gained prominent media attention. One outlet said that these personality tests don’t hold up around the world. NPR said that personality tests don’t reveal the real you. Reading these articles might make you conclude that personality assessments just can’t be used in other countries. Fortunately, despite what the economists who contributed to the article and the journalists who are covering it might have you believe, such a conclusion is just wrong. In what follows, we show you why.

Comparing Assessments Across Borders and Languages

If you had a rod that measures 1 meter in Australia, but 2 meters in Kenya, you have a big problem. Clearly, the term “1 meter” doesn’t mean the same thing in different locations or different languages. As a principle of measurement, you want to be sure that whatever you are measuring in one location (or one language) is the same thing that you are measuring in another. In terms of personality assessment, comparing countries (or languages) absolutely requires that the assessments are used in the same fashion across countries and languages. Psychologists use a metric called the congruence coefficient to determine the degree to which instruments are measuring the same thing. Scores on the metric can range from -1.00 to +1.00, with higher scores indicating greater similarity. The accepted standard for declaring the instruments as similar is a congruence coefficient > .84. The recently published study found average congruence coefficients of .73 and .71 in survey data gathered in so-called non-WEIRD countries (e.g., Kenya, Philippines, Colombia, etc.).

END_OF_DOCUMENT_TOKEN_TO_BE_REPLACED People are the deadliest invasive species in the history of the earth. People have the potential to kill every living thing and, in certain instances have already done so (e.g., passenger pigeons, western black rhinoceros, great auk) or are on their way to doing so (e.g., sea turtles, elephants, tigers, polar bears). Given their frightful potential and world-wide presence, it would be useful to know something about people. Personality psychology is the “go-to” discipline for understanding people; personality psychology is the only discipline whose primary focus is the nature of human nature. What does personality psychology tell us about human nature? The answer depends on whom you ask; or more precisely, to which theory of personality you subscribe.

END_OF_DOCUMENT_TOKEN_TO_BE_REPLACED 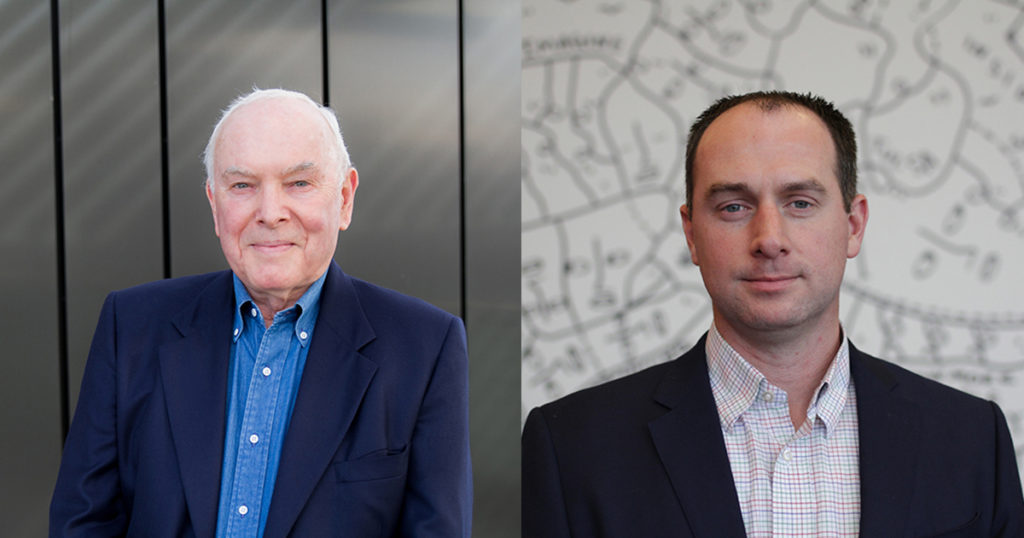